This post is part 3 in the series The 5 ‘ Must Haves’ in a Dystopian Novel. If you haven’t read the other 2, they can be found HERE (Part 1), HERE (Part 2). Next week I’ll tackle the fourth ‘Must Have’  in Dystopian fiction, so stick around!

There are a lot of things that can be difficult to imagine in a dystopian state. One of the most difficult, especially in our day and age where we are free to do almost anything, and the one which makes a dystopian state so abhorrent to us, is the general loss of self-autonomy except to a select few.

This is often achieved via locking people in to a specific social strata or to a specific locale or sometimes both. Time and again we’ll see that people are forced to live in a certain way within a certain set of guidelines or rules that restrict their independence in a serious way – be it their social or civil mobility as to what jobs they can get or what people they are allowed to mingle with or marry, or their physical mobility as to where they can go.

This loss of self-autonomy can be seen in the manner in which humanity functions. Rather than the proactive spirit which builds and grows (because there is the leisure time to do so), a dystopian relies upon a reactive spirit. The only people who are proactive are the rebels, the villain, and then, one hopes, eventually, the protagonist.

… freedom essentially means taking responsibility and claiming autonomy, going back to our creativity and relying on our imaginative capacities. Beyond the mere task of prioritising our time and needs, freedom ultimately means re-defining  ‘reality’, and pointing ourselves towards that reality by our conscious decisions and conscious direction in life. – Anastasio, BACP, counsellinggypsy

In The Ogress’ Son, the average citizen has lost self-autonomy by accepting the new normal, which consists of all but removing technology from the home at the expense of personal rights. How many times have we seen exactly this in movies and books? Or better yet, how many times, have we seen it in history?

We wonder, with a certain amount of understandable horror, how it would be that anyone would consent to live under such rules. In truth, we need only look to North Korea, China, or Venezuela to see exactly that sort of thing playing out. Or how about American inner cities where people lock themselves in to both their locale and social strata by embracing the victim status and a defeatist mentality spoon fed to them by the proponents of political agendas who require both an uninformed and victim populace for their election. Where is their freedom and autonomy?

But perhaps one should look at it another way as well. Does it not say something about the indomitability of the human spirit? That despite all manner of persecutions and sufferings, humans are able to adapt to almost any situation (though not without trauma)?

Children  raised in dystopic societies, like children raised in countries where starvation and the police state is common, were raised to believe such a society is normal. That is their normal. Would there even be the question of looking for something better or something different in a society that was so perverse? Inherently, by natural law, I believe they would know there was something wrong. Just as when I was in high school, my fellow teens could sense there were deep social flaws that remain unaddressed by society. But to pinpoint the where, the how, and the why is typically beyond the grasp of most. So they go along with it because it is presented to them as acceptable and normal.

We ask ourselves how it was that Germans during WWII were able to turn a blind eye to the atrocities that were taking place around them? This is how. We see it in inner cities where kids are raised with gang bangers for relatives, where rape is common, where witnessing drug use and prostitution is an everyday thing. We have microcosms of dystopia across the globe, and within them people are living a reality that is inconceivable to most of us in the Western world.

Nevertheless, it is a testament to the flexibility and determination of humanity, that in order to maintain our status quo, we will allow ourselves to put up with almost anything. Until, like happened in Venezuela, the frog suddenly realizes it is boiling and there is no escape, and then the oppression, the new normal becomes grandfathered in. When will we reach our boiling point? When will our self-autonomy become so eroded by political intervention (always for our own good!) that it can be considered a loss?

Dystopian fiction acts as a warning to the wise. It is the author’s objections to society that comes to the fore, and it is their fears of that unknown world that causes them to post that warning in the first place.

This post is part 3 in the series The 5 ‘ Must Haves’ in a Dystopian Novel. If you haven’t read the other 2, they can be found HERE (Part 1) and HERE (Part 2). Next week I’ll tackle the fourth ‘Must Have’ in Dystopian fiction, so stick around!

Have you checked out my books yet? All my books are $.99 during February. If you are a fan of darker literature with a healthy side of humor, morals, and practicality to lighten things up, odds are, you’ll enjoy them. All of my books are clean and free of swearing and sketchy scenes, but have violence (though not gratuitous or gory).

3 thoughts on “Top 5 ‘Must-Haves’ in a Dystopian Novel III: Loss of Self-Autonomy” 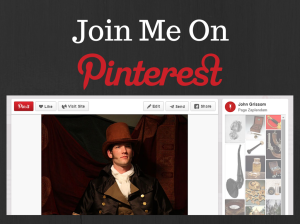